Your First Steps To Success!

Usually these videos each week are very actionable – lots of info on steps you can take to grow your business, improve your mindset or time management or whatever we are talking about that week.

This week is a little different.  I want to motivate you to take action – whether you have a business idea you have been sitting on, whether you have been putting off taking your side hustle full time or whatever it is in your life or business you can’t seem to get started on and maybe seems just too big to tackle or like it will never happen.  I want to tell you a story that hopefully motivates you and then I will still give you your one step of action for this week.

You know what the “thing” is for you that you are not doing, despite that fact that you really really want it, you know it would be amazing, but for a variety of reasons, some valid, some you know are BS, you are waiting.  Waiting for the right time, for the financing, for whatever.

So here’s the key.  Action creates momentum.  Any action, even the tiniest action, starts the ball rolling and gets you moving toward your goals.

In my early 20s, my biggest goal was to travel the world. I bought books on how to work your way around the globe, watched Rick Steves' Europe Through the Back Door, devoured travel books and magazines, and planned and replanned the routes I would take.

I was Fresh out of college, and I didn't have any money, so I knew however I managed to travel, I was going to have to earn money along the way.

I even bought a book from an ad for $59 that promised to land me a job on cruise ships. I read it cover to cover, but I didn't apply for any cruise-ship jobs. Not one.

Because I was waiting.

I was waiting to have more money in my pocket.

I was waiting to be in a relationship, so we could go together.

I was waiting until I was thinner.

Mostly, I was waiting until I was thinner.

I waited my way through six years until, while cleaning off my bookshelf, I saw that book I had spent $59 dollars on and never actually used to apply for a cruise-ship job.

In that moment, looking back at six years of lost time, during which I had accomplished literally nothing while holding my breath and waiting for perfection, I realized that waiting wasn't going to make it happen:

Doing it was what would make it happen.

I didn't need to be wealthier, thinner or better to go after my dream. I just needed to take some action.

So, I pulled that book off the shelf, polished up my resume and started applying.

I was on fire and completely unstoppable. I applied for every job I was remotely qualified for with any cruise line that might possibly be hiring.

It's probably worth noting that I had never been on a cruise at this point, so I had very little information on what the jobs actually entailed. I had no idea how poorly suited I would be for 80% of the jobs I applied for, like a room steward or deck hand. But the actual job seemed almost irrelevant at the time; I was laser-focused on working on a ship and finally seeing the world, and I was willing to do whatever it took to make that happen.

A few weeks and dozens of applications later, I received a phone call from Crystal Cruises for an interview. Unfortunately, they told me, a phone interview wasn't enough; they needed to see me in person, and they were in Los Angeles. I, however, was in Canada.

I didn't have much (or any) money, but I managed to scrape together enough for the flight and a hotel for a few nights, and I enlisted my best friend to make the trip with me. As two small-town prairie girls, we didn't know what we were in for, but we were up for an adventure.

As the flight descended into LAX, we watched in awe and marvelled at the sea of lights that seemed to go on into eternity.

We arrived well after midnight at the hotel that we had booked, sight unseen. If we weren't already intimidated by the enormous, unknown city in the dark, the bullet-proof glass between us and the check-in desk wasn't helping us feel more comfortable.

The room was about as plush as the lobby suggested it would be, but we were tired and overwhelmed and fell right to sleep. We were sure that things would look better in the daylight.

Although daylight did not improve the hotel room, it did give us the chance to get out and explore the city, and walk to the first of my two job interviews.

When I had secured the original interview and booked our flights, I had decided to make the most of the opportunity and started relentlessly calling another cruise line based in LA for an interview for the dates that I would be in town.

For anyone who didn't know me in my 20s, I need to explain that this kind of aggressive, proactive behavior wasn't normal for me. I was then, and am still, a hard-core introvert. I often have to leave parties when they get too "peopley," and I spend more time than anyone should creating and acting out made-up scenarios in my head. So, when I say all of this was out of my comfort zone, it's beyond an understatement.

But you know what? Action turned into more action, and both of those interviews turned into job offers. I accepted a position working in the gift shops on board a Princess Cruise ship just a few days later. My dream to travel the world was about to be realized.

In less than a month, I was landing in Italy on Easter Sunday to join my first ship for a six-month contract at sea. That contract, my first of many, would take me from Egypt to Odessa, Morocco to Venice, all the way around Europe to the British Isles, Iceland and Greenland. It was the most incredible six months of my life to that point.

That decision to take action led to a ten-year career on cruise ships as a speaker and TV presenter, traveling the world, earning my first million dollars, meeting and losing the love of my life, buying my first home and, ultimately, making me into an entrepreneur.

And it all happened because I stopped waiting until I had it all figured out.

I still don't have it all figured out.

Spoiler alert: I don't think I'll ever have it all figured out.

I still look back at those years in my 20s as lost years, wasted time, and I vow to myself that there will be no more waiting. Nothing needs to be perfect. I don't need to be perfect to get on with the doing and go after my dreams.

So, here’s my question for you

what are you waiting for?

What time are you losing while you wait?

What beautiful, messy, incredible things are you missing because you aren't taking the leap and getting on with the doing?

So take a deep breath and start the doing.

So your one step for this week’s “One Step Empire” is to take a step – any step that you have been putting off that moves you one step closer to your dreams and goals.  And after you take that one step – put the next step on your calendar for next week, and I think you’ll find that you will start your own little snowball of action, but even if you don’t do any more than that one step each week, by the end of the year you will have accomplished so much you won’t believe it.

If you need something to get you started, pop over to the site shecorporated.com and grab a free download – there’s a simple marketing plan template, a worksheet to get you dialed in to your ideal buyer and even a free vision board kit so you can set your intention.  So take what you need and get yourself started.

Listen in to the best tips for building your business from Women Founders on One Step Empire podcast.  It's available anywhere you get your podcasts or HERE. 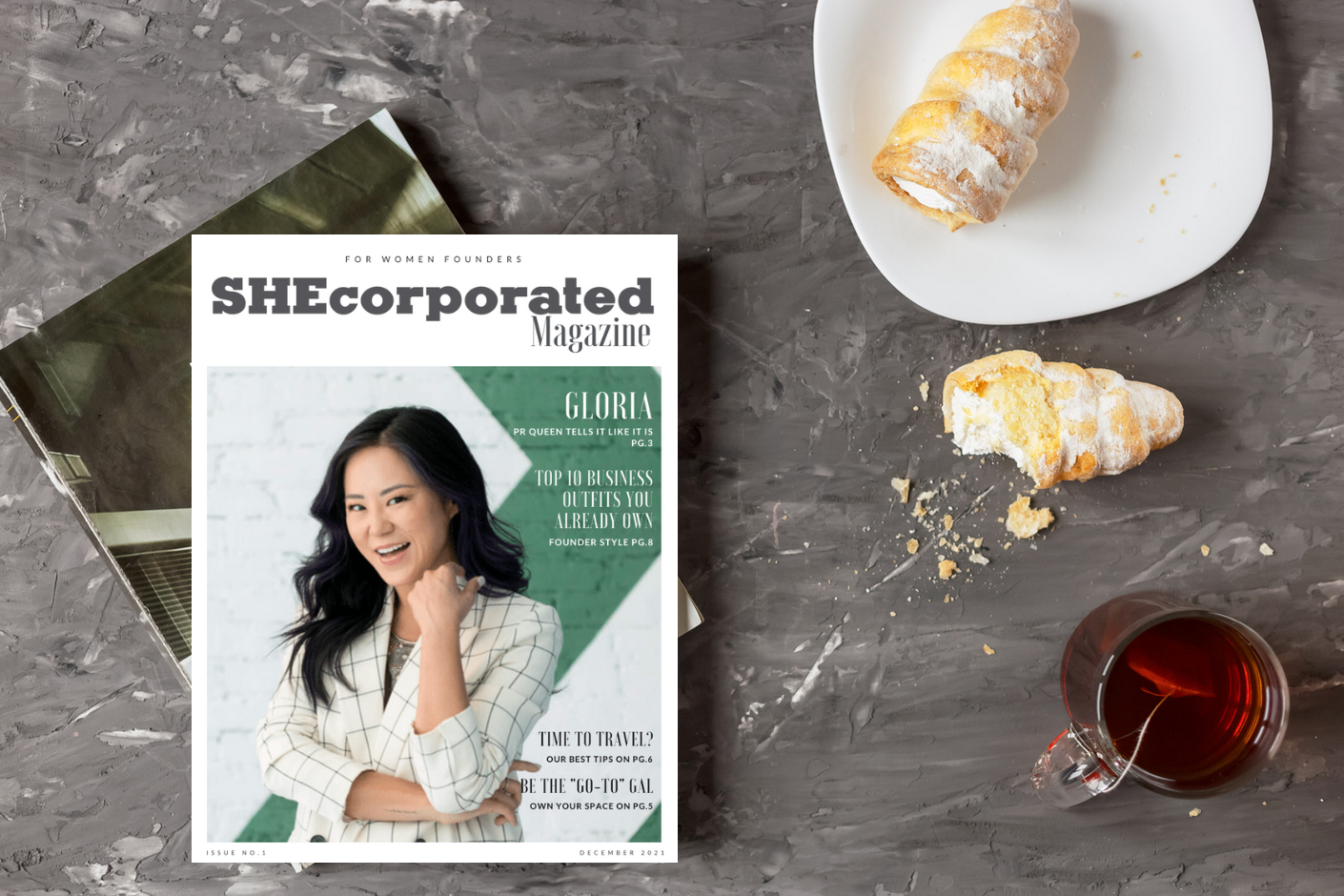 Get Your Free Subscription

Sign up to receive SHEcorporated Magazine delivered to your inbox each month.